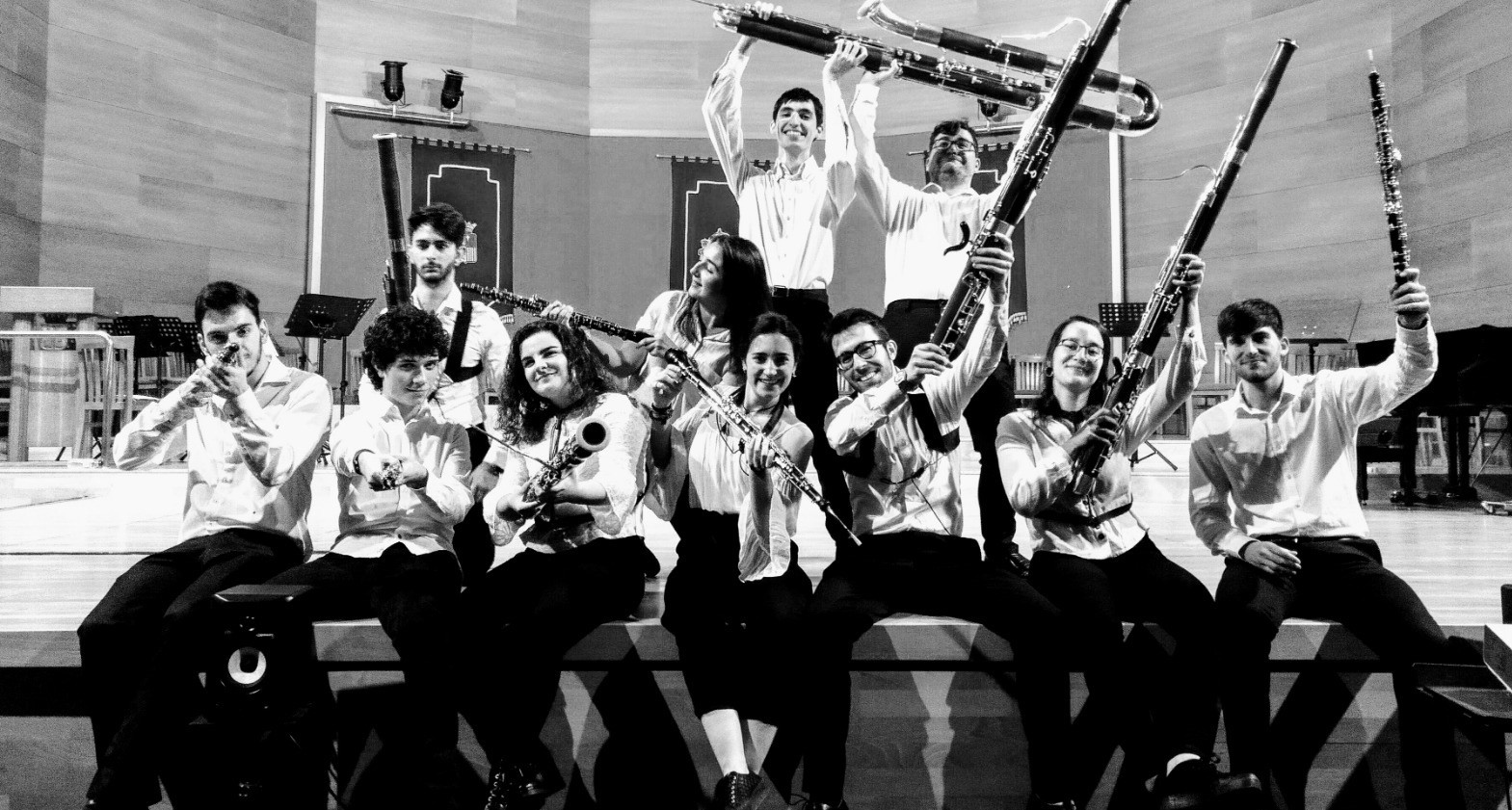 The Oboe and Bassoon Band became popular in the early 17th Century, due mostly to its versatility and the common acoustic features of its different instruments, which produce a unique and flexible sound characteristic of the double reed family. This project was created in the academic year 2009/2010 by oboe professor Francisco Gil. Since then, and as a result of the wonderful work made, new projects are presented every year with an original repertoire of different styles of the Baroque era and 20th-century music, as well as transcriptions. In this way, several operas, monographic concerts, and even unpublished works from the repertoire have been performed and recovered over the years. When students take part in the chamber music of the band they learn about the values that all professional musicians must demonstrate to their colleagues, the public, and to themselves. All through the preparation of the projects, work is focused on the development of professional skills. Currently, this project is directed by the bassoon professor Carlos Tarancón. The band has performed in several Aragonese venues and also in international music festivals such as Bilbao’s Musika Musica Festival.

You can find out more about which cookies we are using or switch them off in settings.

This website uses cookies so that we can provide you with the best user experience possible. Cookie information is stored in your browser and performs functions such as recognising you when you return to our website and helping our team to understand which sections of the website you find most interesting and useful.

Strictly Necessary Cookie should be enabled at all times so that we can save your preferences for cookie settings.

If you disable this cookie, we will not be able to save your preferences. This means that every time you visit this website you will need to enable or disable cookies again.